The startup culture in Argentina is still growing, but Julian Sorsaburu, CEO and one of the founders of Beathey, feels they are entering at just the right time. Based in Buenos Aires, Argentina, Beathey is a music streaming service, record label, and booking agent for emerging electronic music artists in Argentina. I have been interning with Beathey for a few weeks now here in Argentina, and I recently had the chance to sit down with the three founders, Gabriel Santana, Miguel Warlies, and Sorsaburu, to discuss not only the company’s objectives, but also the music culture and startup culture that is rapidly expanding in Argentina.

Beathey was born in 2017, and each founder stressed that it is a company tailored towards the artists. Sorsaburu feels that for music artists today, Beathey offers unique services. “Today music is more accessible, and there are more opportunities for artists to be discovered,” Sorsaburu said, adding, “There is a need for the music industry to change, and to reinvent itself, which is good for emerging artists.”

In recent years, the music industry in both Argentina and the United States has seen positive growth, with most people pointing to music streaming as a main driver of this growth. Cary Sherman, CEO of Recording Industry Association of America (RIAA), expressed similar sentiments as Sorsaburu, saying, “The pace of change embraced by record labels is staggering. Just two years ago, digital downloads was the largest format, and streaming was only beginning to take hold. Fast forward a few short years, and the business is already dramatically different.”

Argentina music streaming saw $43.7 million (USD) revenue in 2017, and 2018 revenue is expected to exceed $50 million. Average revenue per user was $5.78 last year and will likely exceed $6 this year. While this is a far way off from US streaming numbers, which by far leads the world with a staggering $6.4 billion in expected revenue for 2018, both predicted growth rates are nearly identical, with Argentina at 5.4% and the US at 5.5% for 2018-2022.

What do these numbers mean for music? For one, it means upcoming artists are more likely to be discovered. Today, streaming service users have access to millions of songs, with many of them offering clever algorithms to help you discover new music that you’ll like. Despite this, the Beathey team feels that their model helps upcoming artists in a way that the bigger streaming services cannot.

I asked the founders of Beathey to describe their company, and Miguel Warlies said, “Beathey is a streaming platform for emerging electronic music artists. This year we launched ‘Beathey Recordings’ because of the possibility to find new talents, and to bring these talents to the world.” Beathey Recordings is expected to have 30 tracks by September, all from the most talented artists discovered on the streaming platform. Sorsaburu added that Beathey also produces events and is a booking agent for artists as well. Incredibly, Beathey’s model allows its artists to retain 100% of the music rights and 100% of income from music sales.

I asked how their services differ from those of a traditional music streaming site, and Sorsaburu explained, saying, “The major difference is that the majority of music platforms for artists require you to be a recording artist. If not, you have to work with an organizer to be added to platforms or events. Here, the artist can have a channel to increase his or her material, and to be able to keep all the rights. The artist can work with our system to have the possibility for other people to know them and support them, without the intervention of a middleman.” An emerging artist at Beathey can not only be discovered easier but has more opportunities. Traditional record labels in the music industry typically only discover new artists with big investments and with a big team, whereas Beathey’s platform supports any artist.

For non-artists, listeners can stream music for free, or, subscribe to Premium for $10 a month. This allows users to participate in their Vinyl Contest. The Vinyl Contest allows users to vote for their favorite electronic tracks, and the top 4 songs with the most votes every 4 months will have their own vinyl produced by Beathey, and all Premium members will receive copies. Premium members also receive benefits at events and on their online store. Of course, you must also be Premium to be able to post your own tracks to the site. Currently, over 850 tracks have been uploaded to Beathey, and there are over 1,000 registered users and 250 subscribers.

To find out more about this music community and why Beathey specializes in electronic music, I talked to Beathey artist and contributor Nico Beldi. Beldi described electronic music in Argentina as massive, and that it has a “very rich platform,” although he also acknowledged that “maybe there is a connection that lacks culture, that lacks information.” He feels that Beathey enters into the industry well “because it is not just a record label, it is a community where artists can get to know each other and collaborate.” He has investigated the scene for a long time and says that with Beathey you will see a different community.

The Startup Culture in Argentina

Of course, in its current state, Beathey is still just a startup. I spoke to Beathey investor Antonio Macadam about startups in Argentina, and he expressed a lot of optimism, but did say the system is still being constructed and needs more time. “There are events in the world that are happening in Latin America for the first time,” Macadam said, adding, “but there is a long way to go.” He said that lots of businesses here are advancing quickly, and he has seen a lot of projects like Beathey that have created a big impact. To help startups in Argentina, Sanguinetti said the number of people and the level of investment needs to be broadened. He also added that contributing what you can helps a lot, saying, “there is always the power to contribute something.” Warlies had similar thoughts, commenting, “There are more advanced systems with investment and more possibilities for startups here.”

Luckily for startups and entrepreneurs in Argentina, the Argentine Senate passed the ‘Entrepreneur’s Law’ last year, designed to open up the country’s economy and place the country back on the global market by providing new approval and financial procedures. This included measures aimed to increase investment activity, providing reasonable tax breaks for those hoping to invest in startups. It also makes crowdfunding platforms easier to register, which should help, as Sanguinetti highlighted the importance of crowdfunding to startups in the area and around the world. 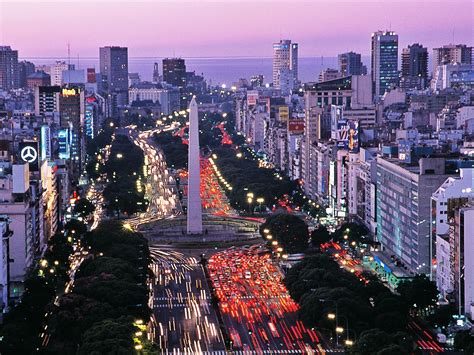 I also had the chance to ask the General Coordinator, who for publicity reasons cannot be named, of IncuBAte, the official incubation program of Buenos Aires City Government to which Beathey is a member of, a few questions about new and innovative businesses in Argentina. IncuBAte today has ten distinct categories such as Social, Design, and Technology and can offer new businesses benefits such as financial assistance, mentors and advisors, networking, and in some cases a working space. I asked what the most common problem is for these new businesses, to which they said, “the most common from my point of view have to do with prioritizing and focusing on which questions to start answering, and the link to market.”

IncuBAte is a program that lasts eleven months, but the idea, according to the Coordinator, is to stay connected, saying, “we consider this to be very valuable for networking.” For now, IncuBAte is still growing, but they said, “in the future we will see IncuBAte as a great community where lots of businesses are included.”

IncuBAte has seen many examples of businesses, such as Beathey, that have grown a lot under the program. Fivi, another IncuBAte startup, provides “virtual lines” for businesses that can alert clients when the product is ready. Initially believing restaurants were their target, during the incubation process they realized it was banks and medical clinics. IncuBAte validated the proposal and helped Fivi define these clients. Today they have evolved into a much larger company and work with two medical clinics.

The Coordinator says IncuBAte works as a multiplicator. “We believe in great team founders with concrete and scalable projects that resolve actual problems aligned to the sustainable development goals, and we help them thrive.” However, they acknowledged some difficulties, saying, “As a public incubator, we are in the first stage, where risk is the highest.”

The community and family culture is the major difference between Argentina’s IncuBAte and the United States’ Small Business Association (SBA). While on the surface, SBA provides the same services; capital, information, and assistance, it lacks the true ability to connect people with similar ideas together. While admittedly there are plenty of other incubation programs in the United States, none are funded by the US government. That being said, SBA was founded in 1953 and is well established, and IncuBAte is still relatively new, so it will be interesting to follow its growth.

While the cultures of Argentina and the United States may be different, I have seen that both countries have people with brilliant ideas trying to take the next step forward amidst similar challenges. While the current US government appears to be more protectionist at the moment, I hope to see more collaboration with other countries such as Argentina in the future.

COVID-19: A Health and Economic Disaster

Starship’s Food-Delivery Robots Arrive at the University of Pittsburgh

This site uses Akismet to reduce spam. Learn how your comment data is processed.

ABOUT US
The Pitt Business Review is a student news organization at the University of Pittsburgh that reports on current events and their impact on business, economics, and politics.
FOLLOW US
© 2020 | Pitt Business Review | All Rights Reserved | Webdesign: Collin Griffin & Matthew Gary
MORE STORIES

Rivian on the Rise

calebkisler - December 7, 2021
0
The car industry continues to evolve and develop into a more complex and competitive industry. There’s no question about it: Electric vehicles...
Loading Comments...
%d bloggers like this: